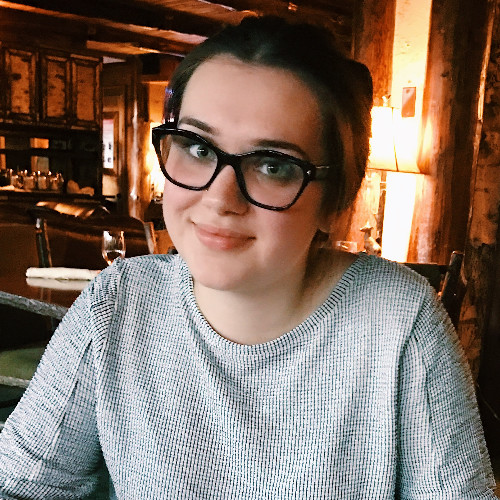 Let these diversity recruiting techniques implemented by real companies inspire your own. 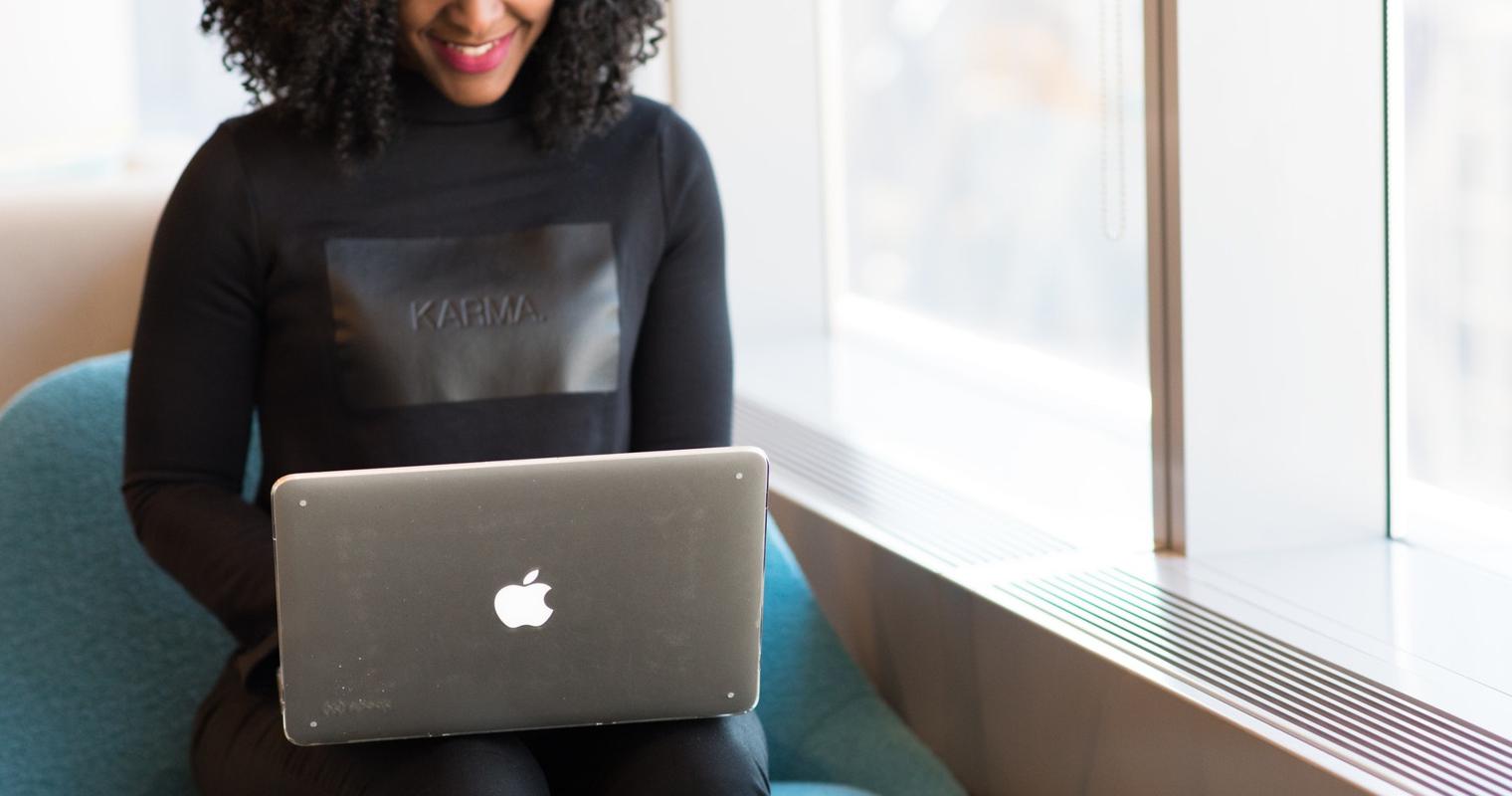 Whether you’re a hiring manager at a Fortune 500 company or the founder of a growing startup, it’s your job to build the best team possible. While every company has different hiring needs, building a team made up of diverse individuals is essential no matter the company size or department. But finding great candidates from a variety of backgrounds isn’t always easy, especially if a team is fairly homogenous to begin with. However, there are many companies that are getting it right, and their documented diversity recruiting strategies are great examples of how to approach hiring. There are a number of ways to design your hiring process to increase diversity but you have to start somewhere – here are the strategies of 14 companies to model your own processes after.

For two years in a row, Liberty Mutual has been recognized by Forbes magazine as one of America’s Best Employers for Diversity and as one of America’s Best Employers for New Grads. The recognition stems from the work Liberty Mutual is doing to create a diverse workforce and strengthen inclusion within its organization, which includes a framework with five focus areas in Talent, Development, Workplace Environment, Customer & Community, and Communications.

While some of its internal programs include D&I councils and employee resource groups, Liberty Mutual has several unique events to foster important conversations surrounding diversity and inclusion among college students and prospective candidates. Two of these events are Liberty Mutual’s Student Diversity Symposium - a daylong event for students from diverse backgrounds to discuss topics related to the future of the workplace and D&I. Taking place at Liberty Mutual’s headquarters, attendees have the opportunity to learn about careers at Liberty Mutual, network with other students, and discuss their experiences and ideas to further the diversity & inclusion conversation on campus and in the workplace.  The second event is Liberty’s MBA RISE Program (Recognizing Inclusion in Successful Enterprise) where pre-MBA candidates are offered an opportunity to meet with a Liberty Mutual mentor, participate in professional development and D&I workshops throughout their two-year program, and interview early for their Summer Associate roles.

Yelp has always been committed to an inclusive workplace and has recently shared more detail on their approach in an article in the Harvard Business Review. Over the years, Yelp has piloted a number of strategies, including expanding on-campus recruiting efforts to recruit students at historically black universities, women’s colleges, and Hispanic-Serving Institutions. In the company's continued focus on inclusion, Yelp has recently retooled the recruitment process for its Sales Leadership Development Program to encourage and foster more diverse applicants. Not only is Yelp committed to creating a more diverse and inclusive workplace, but they have a commitment to transparency: the company consistently shares what’s working – and what isn’t – about their diversity recruiting strategies.

PepsiCo has a strong focus on hiring veterans, which led them to be named #1 for veteran hires by The Washington Post. They achieve this level of success by specifically seeking out veterans at national and local veteran career events they attend and sponsor. They also partner with veteran recruiting organizations, such as Allies in Service, to ensure veterans are aware of their open positions. Once the candidates are hired, PepsiCo offers resources during veterans’ time transitioning from the military to the workforce and support for their families, helping with talent retention.

Nike made headlines in 2016 for achieving a workforce that included more than 50% people of color. They have a strong gender balance as well, with 48% of their employees identifying as female. To achieve these results, Nike has a dedicated diversity sourcing team to ensure slates of diverse candidates when working to fill a role. The company has also built an inclusive hiring process with tactics like writing inclusive job descriptions, blindly reviewing resumes, and holding their leaders accountable for representation growth within their teams.

When it comes to diversity recruiting, Estée Lauder Companies emphasizes inclusion first, believing that an inclusive environment is the catalyst to building a diverse organization. Their commitment to building an inclusive environment is evident – the company has 30 employee resource groups, with over 4,500 employees participating collectively. Each group was started by their employees, and include groups for women, veterans, families, LGBTQ+ individuals and allies, and many more. Estée Lauder was also named the No. 1 workplace for women in Forbes’ annual list, “America’s Best Employers For Women,” and landed a spot on Working Mother’s Diversity Best Practices Inclusion Index and on the 100 Best Companies list. Estee Lauder’s inclusive policies helped land them on those lists, which include 20 weeks of gender-neutral paid parental leave for those who adopt or foster children, six weeks of flexible hours for the back-to-work transition, $10,000 for adoption assistance and $20,000 a year for fertility treatment.

Estée Lauder’s emphasis on creating an inclusive and supportive work environment not only helps with retaining diverse individuals, but is a standout strategy for recruiting a diverse workforce. 85% of its female workforce worldwide is women, and 54% of its vice president positions or above are held by women, a statistic well-above the national average for women in leadership roles.

One of Microsoft’s diversity & inclusion goals is to increase the percentage of employees with disabilities. The company has a Chief Accessibility Officer and dedicated resources to recruit and develop talent of different abilities. Their Autism Hiring Program is particularly notable, which aims to attract and support talented individuals on the autism spectrum, offering recruiting opportunities at in-person events around the country and some international locations.  Microsoft also hosts “Ability Hiring Events,” which gives candidates with disabilities the opportunity to attend a one-day interview, specifically structured to provide an inclusive experience.

Citigroup embraces diversity through its 10 Affinities – employee-based communities meant to represent the broad ranging demographics of Citigroup’s employees, which include LGBTQ+, Black, Hispanic, female, and veteran employees. To embed diversity in the organization from the top-down, Citigroup’s 10 Affinities are co-led by a member of the company’s senior leadership team. To recruit young, diverse talent, they seek standout college-aged women and minorities through pre-interview mentor programs that then gives them a diverse recruiting pool for their summer analyst program.

Airbnb used data science to improve diversity at the company, an approach they detailed in this 2016 Medium post. The company analyzed its hiring data and found that women made up only 10% of their newest class of data scientists, and typically, 30% of their applicants were women. To increase the number of women they reached at the top-of-funnel, Airbnb created a series of panels to highlight women in data science, as well as published articles showcasing experiences of women in the field. In addition to increasing the number of applicants, Airbnb also analyzed and tweaked their interview process. The company implemented a binary scoring system for take home assessments, and began requiring that women made up half of the interview panel for female candidates. The steps Airbnb took increased the representation of female data scientists on the team from 15% to 30%.

Through its foundation, Siemens has invested more than $115 million in a pipeline of diverse STEM talent through workforce development initiatives. Recognizing the growing need for workers in STEM fields, The Siemens Foundation launched its workforce development efforts in 2015 to help close the opportunity gap for young adults in STEM middle-skill careers. These efforts promote awareness of opportunities in STEM middle-skill jobs and scale effective education and training models to increase access to these promising career paths.

One of these initiatives starts early on. The Siemens Foundation offers free resources for educators to revamp their STEM curriculum with Siemens STEM Day. Siemens STEM Day is a free program for educators to engage students in STEM through tools, resources, and hands-on activities which are aligned to national science standards for students in grades K through 12. The program also includes Career Profiles to help students learn about how the competencies they’re learning can be applied to a variety of careers in STEM. By investing in early STEM education and providing free resources, Siemens is leveling the playing field while strengthening and diversifying their technical talent pipeline for years to come – and this is just one example of how Siemens recruits diverse talent. For more information on their initiatives, visit their page here.

Slack outperforms many tech companies when it comes to diversity with 13% of technical roles held by individuals from underrepresented communities and 34% of technical roles held by women. Surprisingly, this company does not have a Chief Diversity Officer or anything like it – they simply embed diversity recruiting into the fabric of their talent acquisition strategy. According to The Atlantic, they recruit from coding bootcamps that focus on underrepresented talent and they utilize technologies like Textio to screen for potentially biased language that would turn away female candidates. They also focus on removing bias from the interviewing process by clearly defining candidate criteria, asking everyone the same interview questions, and doing mock interviews with team members to ensure bias doesn’t creep in during real interviews.

Aubrey Blanche, Atlassian’s Global Head of Diversity & Belonging, spearheaded an initiative to create more balanced technical teams, an initiative detailed in this article by First Round Review. In a year, the number of female technical hires increased from 10% to 18%, and its entry-level engineering cohort was 57% female. Blanche points to tactics like creating an inclusive culture (and recommends small teams start building balanced teams as early as possible), standardizing evaluations of candidates, judging on potential (not just experience), and showcasing a representative set of employees on their website.

Intel focuses on supporting Native Americans in tech by partnering with the American Indian Science and Engineering Society. They donated $1.32 million to the “Growing the Legacy” scholarship, awarded to 40 Native American STEM students every year, as described in their Corporate Responsibility Report. In addition to helping financially support the students, they also offer a mentorship program, leadership training, and opportunities for internships/full-time jobs at Intel. And while they admit there’s plenty of room to grow, with only 0.7% of tech positions held by Native Americans in 2018, that number has increased from 0.5% in 2015.

To move the needle on diversity and inclusion in the advertising and marketing industries, Verizon created AdFellows, a fellowship program to help individuals from diverse backgrounds break into marketing and advertising. The 8-month program gives recent graduates the chance to try out four different roles in PR, creative, media, and client-side brand marketing, giving them real-world experience and opportunities to network with industry leaders. According to the Wall Street Journal, the program has a goal of placing 90% of participants in full-time jobs afterward.

In addition to the program, Verizon is using data to examine diversity, inclusion and retention in the workforce. In partnership with the Center for Talent Innovation Inc., a nonprofit that researches workforce inclusion, Verizon examined the factors affecting whether people of color and women advance in, stay in or leave marketing, media and communications jobs. The results of the in-depth survey, which you can read more about here, will help Verizon and its agencies continue to improve inclusivity and raise awareness of the issues faced by diverse individuals.

Each of these companies featured have developed standout strategies to increase the diversity of their teams, offering lessons and inspiration for every hiring manager, recruiter, or founder. So take a page out of their book, and make diversifying your talent pipeline a priority – hopefully this list can give you some ideas.

Want to recruit more diverse candidates? Expand your team's campus reach. Download our guide 'Beyond the Ivy League: Campus Guide' for information on the top HBCUs, HSIs, and public colleges to connect with more candidates from a range of backgrounds.