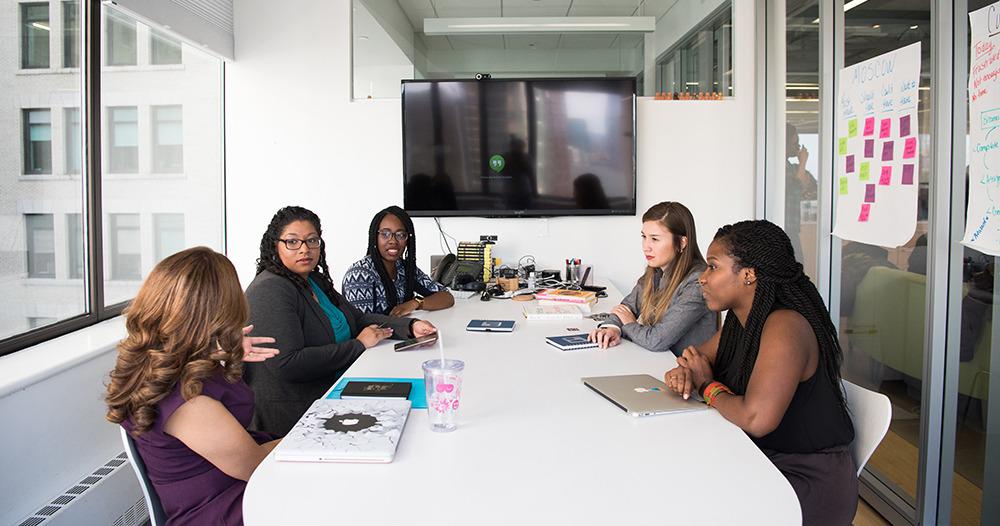 Most companies have an idea of how important a positive company culture is – but data from RippleMatch reveals just how much company culture actually matters to entry-level candidates.

Our report on Class of 2018 graduates takes a look at the challenges of the job search and determining factors that led to accepted job offers. The report is based off our survey of more than 700 class of 2018 graduates from universities across the country, who now work in industries such as finance, technology, healthcare, consulting, and more.

We asked respondents, “What were the most important factors that led you to accept your job?” and gave them the option to select as many provided factors as applied to them. 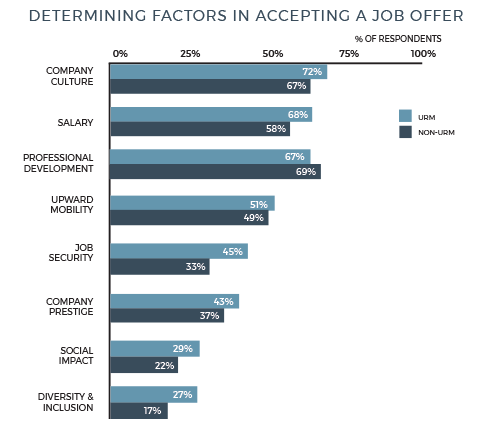 It’s clear that company culture is important to women and URM candidates – but what makes for a good company culture, and how can it lead to an accepted offer?

While company culture can encompass many different things, data from our candidate onboarding survey and benchmark survey reveals some of the key elements that can make for an ideal company culture.

Upon signing up for RippleMatch, students take a candidate onboarding survey and rank the importance of factors of a job such as professional development, upward mobility, community and work/life balance on a scale from 1-5, with 1 being “Not at all Important” in a job and 5 being “Extremely Important.” Data collected from tens of thousands of entry-level candidates reveals that while a strong sense of community ranks as the third most important thing to Gen Z as a whole, it’s the second most important thing a company can offer to Gen Z women, closely followed by upward mobility.  Work-life balance is also more important to women than men, suggesting that a culture that allows for more flexibility may be an important component of an attractive company culture to women. The importance of professional development and upward mobility alongside work-life balance and community makes it clear that Gen Z women are looking to join companies that will not only allow them to thrive as employees, but as people too. 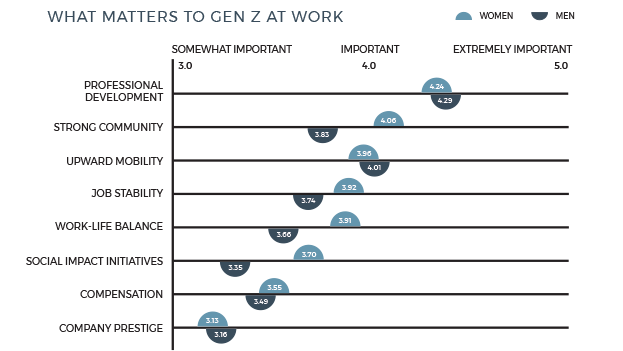 Having a strong community is equally important to non-URM and URM women, while URM men value community slightly more than non-URM men do. There are many things that go into creating a community and ensuring all employees feel welcome – but one of those things is a company’s Diversity & Inclusion initiatives.

While community, work-life balance, and D&I initiatives help shape a culture, every company has a unique culture. Due to the importance that women and URM candidates place on culture, it’s important to showcase your company’s culture during the interview process and ensure that candidates understand what makes it great.

Want to learn more about what underrepresented candidates want at work? Download our full report on 'Diversity in the Workplace' below.